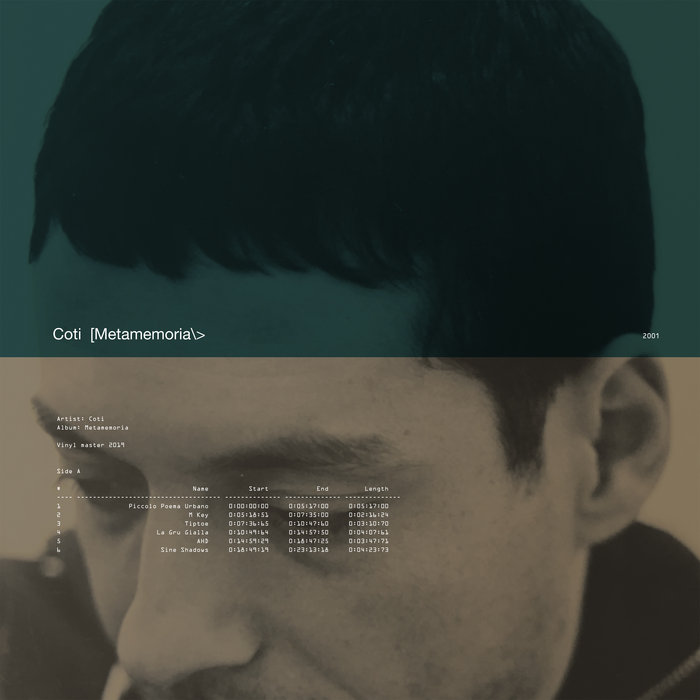 “Metamemoria” is an early ambient work of the brilliant musician and producer Coti K. It was initially released on cd in 2001 via Vibrant Music and is considered as an important release in the history of Greek electronic music.

Metamemory (also known as Socratic awareness) is the self-awareness of memory that has important implications on how people learn and use their memories. This album mimics the endless layers of human memory by creating soundscapes that vary from relaxing and mellow to intruding and irritating, combining both industrial and natural electronic elements.

“Metamemoria” is out on LP and digital album for the first time via Same Difference Music, with a new artwork created by Voltnoi Berge.

Coti K. is a musician, composer, sound engineer and music producer. He began his career in the mid-80s and is active until today.

He has played with various bands such as Film Noir, In Trance 95, RAW, Mohammad.

He has released 8 solo albums and has played live in Greece and in Europe. ... more

Bandcamp Daily  your guide to the world of Bandcamp

Featuring Gary Bartz, 5 years of Rhythm Section Intl and an LP of the week by Nicolas Jaar